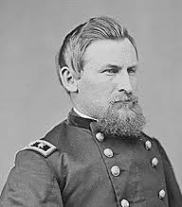 Contrary to recent popular education there actually are some heroic figures in the history of the United States who did their best to treat Indians decently. General George Crook comes to mind. Unlike the “journalist” Helen Hunt Jackson who tended to idealize the first people to roam in search of a better life and food (as did the European immigrants a bit later), Crook viewed the Apaches through a masculine lens where respect is earned and pity is a repugnant sort of condescension. From our comfortable college campuses it’s easy to judge the motives of 19th century politicians, immigrants and soldiers as despicable (and people can be), but Crook and the men under him did everything in their power to help the Apache assimilate. Moderns see that as a horrible lack of tolerance, but to the soldiers of the day that tolerance was a luxury for city folk in the East. Everyone knew that the West would be overrun. Blame Europe, if you like, for making things so intolerable for their people that immigrants were willing to risk all for the chance of escape.

One of Crook’s first rules when dealing with the Apache who willingly took government rations was that they must treat women with the same respect as given to men (it was an Apache practice to cut the nose off a woman suspected of cheating on her husband).

Crook sought to train the Apache to farm with some good results (until citizens saw the improved land and clamored for it). He lobbied for fair treatment for the Indians and supported the efforts of “The Friends of Indians” organization back east. When Apache warriors  turned scout (warily and with a sense of desperation, to be sure)  Crook treated them with great respect. One of his best soldiers, John Bourke even became a pioneering ethnographer–his studies are a bittersweet reminder that nothing ever remains the same. 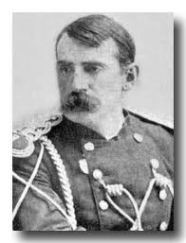