All men should have his hat and his dog when trying to attract women.

Can we all agree that men polish up quite nicely in uniform? Why else would we have cop groupies? My father had a charming charisma, but the uniform brought the groupies. Anyway, men look good in uniform–especially late 19th century military uniform–I happened to notice this at all the Civil war re-enactments–when the weekend was over and some of the men came into camp dressed in modern jeans and dorky t-shirts commemorating a Gettysburg anniversary and white sneakers.

So here’s the sort of book/eye-candy I feast upon when I’m too damned tired to figure out what’s happening in Saratoga 1888 and in finance in my latest rough draft. If you like cute guys, or like uniforms or like military history or like illustration–okay, you know what I like. 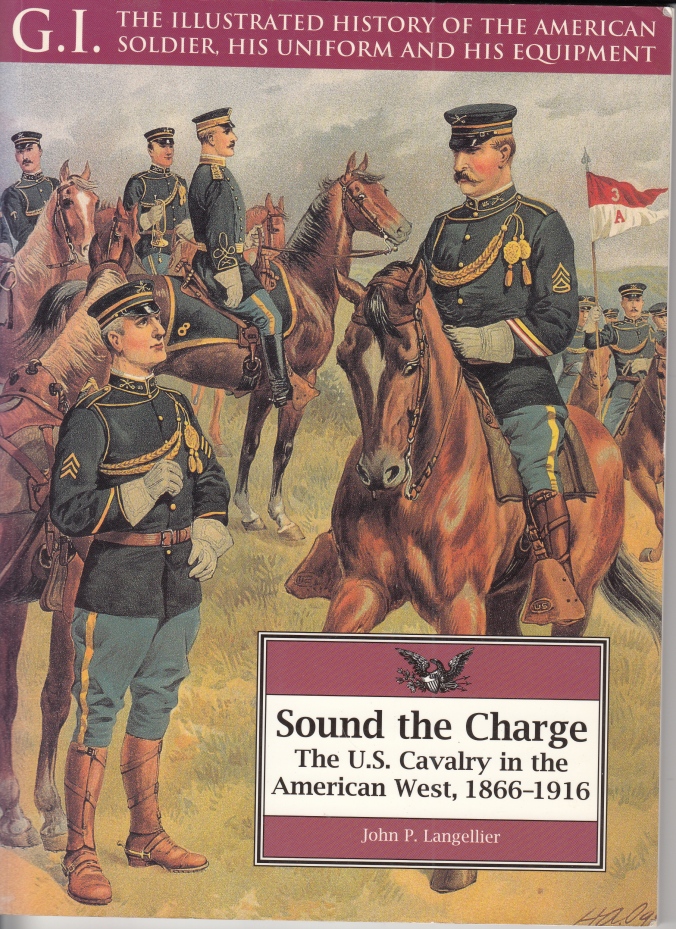 Even the horse looks proud to be seen with men in uniform.

I’d probably have to steal the trousers with the yellow stripe down the side. I don’t want to be a soldier but the tailoring of the clothes–to die for. Many women felt the same way and so even though women loved their skirts the fashion world, then as now, always threw out a few military-style garments for the ladies–no camo please.

We like the bad-boys with the good hearts hidden beneath the uniform–though when Richard Gere started sobbing like a baby in An Officer and a Gentleman I got kinda repulsed–but then I’m no Richard fan so . . .

And a bonus Sound the Charge picture of my hero General George Crook who helps save John Weldon’s ass a few times in  The House on Tenafly Road:

Frienemy of the Indians.