Don’t you just love finding musty old paperback treasures for fifty cents? The American Western Novel drew me in since its title has two of my favorite words in it–American and Western. Both words often get a bum rap and I tend to like anything that’s undervalued or misunderstood.

Yeah, our government sucks, but I have a lot of faith in the common man (and woman). Wake up people!

The western sometimes sucks, too. Yet within this lowly genre are a few treasures and a great amount of food for thought about life in general:

Civilization and feminization–now this is interesting. Since we no longer as a culture value the feminine  what happens to civilization? We do value empowering women to compete more like men (or better yet oust men from power)–but the word feminine is equated with standing in the kitchen baking cookies (may I ask–aren’t chocolate chip cookies straight from the oven  deliciously civilizing things?).

Conventional feminine values vs. masculine ones? What’s this all about? Maybe it’s about the tension driving both survival and civilization–the hunting and the gathering, the building and the nesting. This tension is good (though at times it doesn’t feel like it). This tension is sexy and dynamic. Men want respect–women want love–books and lives hinge on these things. Okay, hang me for generalities, but old books about other books do this to one’s mind. 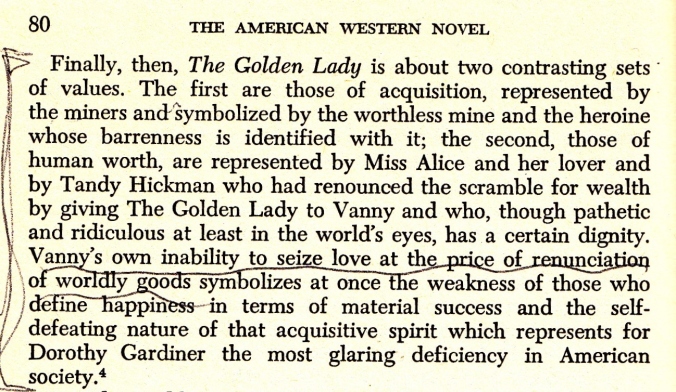 Hey, you know that whole thing about needing two incomes to get by? People used to live with a lot less. By today’s standards most of us growing up in the 1970’s were poor. 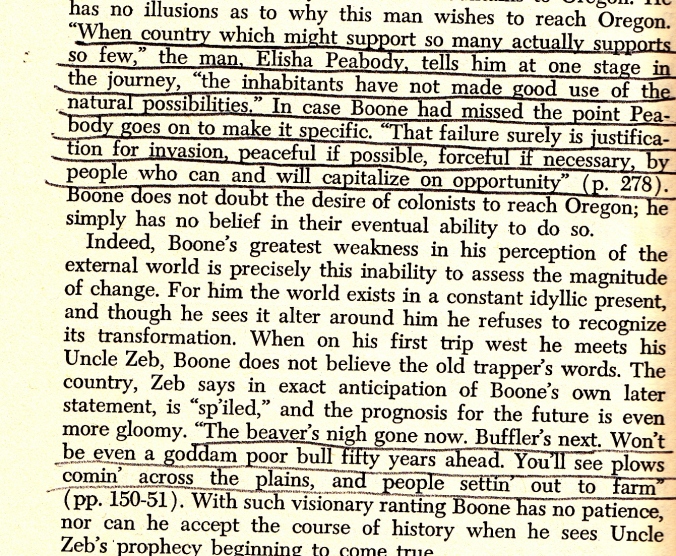 This section brings me to the present. Why does it feel like we’re sending troops to Africa– are involved in African politics– to possibly take their riches? Hmm. Americans enjoyed Westerns because we liked to believe there were white hats and black hats and we were the guys in white. This was a far distant time when the average Joe believed in moral absolutes. This is not to say that our impulses were always simple and good. Our ability to do what’s good is certainly not absolute.

Here’s why this book is great: It’s not a very angry historian’s or English professor’s rant about injustice. It’s actually refreshingly neutral. The author doesn’t suggest that masculine is better than feminine or that civilization is worse than primativism. It doesn’t give answers. That’s up to you and me.