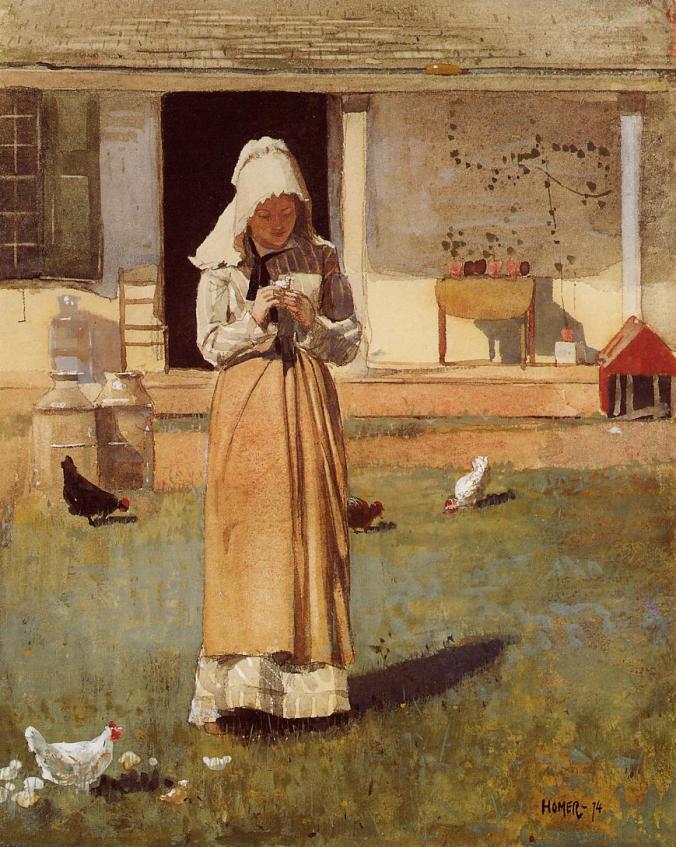 The Sick Chicken by Winslow Homer

The holidays have come and gone with hours spent on the couch “marathoning” Friday Night Lights with my teenaged kids (we’re obsessed). My husband hasn’t quite been sucked in. He says: “I don’t have to watch a show about football; I’ve lived it.”

It’s funny how in fiction a paralyzed high school quarterback looks glamorous–even the marital problems on the show are adorable. I LOVE IT.

In real life  a girl doesn’t have a great hair day after almost being raped and high school boys aren’t 30-year-old ex models, but I just don’t care. I hate the word gritty when it comes to art and movies (at least in January I do). The Wire was a realistic show, but I couldn’t watch it. I’m not saying I like to read or watch fluff all the time, but I do like a sheen of unrealistic beauty cast over characters. Isn’t real life ugly enough?

Yesterday I finally went food shopping after  weeks of eating cookies. I bought tons of lettuce. In the fictionalized version of my life I  would  have some lettuce growing in a raised bed. In the fiction world I wouldn’t have come home from Walmart (which is depressing in itself) to find an eerie quiet cast over our farm. Heading down to the barn I wouldn’t have noticed Gluck-Gluck (my favorite chicken) wandering around by herself. 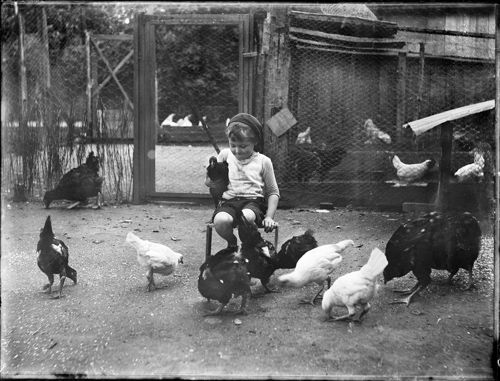 In real life I picked her up and brought her to the coop. Only two chickens inside. Off in the distance I spotted the orange body of another chicken and then another and another. I found a scared and badly injured hen face-first in a rotting pile of hay trying to hide as bitter cold wind lashed her feathers. I carried her home, made her comfortable in an old coat and tucked her in a barrel. Thirteen chickens were carried off or left dead.

They say that once  chickens panic it drives  hungry foxes into a killing frenzy. In the snow there were signs of flapping wings in struggle, chicken prints and the prints of a fox following right along side. 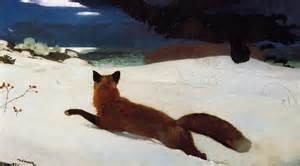 This sort of thing happens often enough in life and it’s hard to find any beauty or shine in it all. People get crippled. Foxes go on feeding frenzies. Yet . . . in fiction (the kind I like) there’s hope. The wheelchair-bound athlete becomes a coach and sports agent. Gluck-Gluck the chicken manages an escape against all odds and maybe, just maybe the chicken sleeping next to the fire dies in peace instead of terror.

29 thoughts on “Quarterbacks and Chickens”