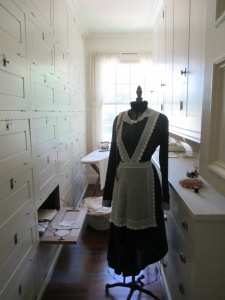 What does one say about a son who commits his mother into an insane asylum? With images of dark and dank cellars and mistreatment of patients we tend to tsk-tsk yet Robert Todd Lincoln, the eldest son of Abraham and Mary had money to put his mother up in a posh asylum. Still, Mary seething with hidden anger, pretending at tranquility, spent every waking hour at the asylum planning her escape.

How could a successful son of the famous Lincoln  despite his best efforts at distancing himself from his father’s name throw his poor mother away–and humiliate her? The public of the time and historians for a long while were in the dark and what they knew only made young Robert (in his thirties when he had his mother committed) seem callous.

Robert complained sometimes that his success no matter how he tried to avoid it was fueled by his name. Yes, he was a talented businessman and occasional government worker, but people wanted his name attached to their pursuits. No matter that Robert believed thoroughly he was a jinx. On hand for far too many tragedies Robert in later life avoided attending anything presidential for fear of bringing death upon the commander in chief. 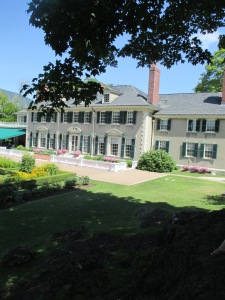 When in the 1970’s Robert’s sprawling summer estate, HILDENE, fallen into disrepair and ready for demolition was saved by a devoted group of Manchester, Vermont people a safe was found in Robert’s room. With money from his many successful endeavors–one being a part of the famous Pullman rail car company, Robert had built the summer retreat to escape his many cares.

I imagine though he admitted to never being close to his ambitious father who traveled and was killed, that so much death in the family and the responsibility of taking care of what some historians now say was a very narcissistic Mary Todd Lincoln felt like a millstone around his neck. After only a very short time  having Mary live with his wife and young family in Chicago, his wife moved out briefly. Caring for Mary sucked the oxygen from the once happy home. 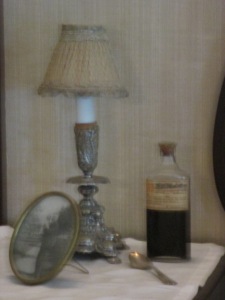 Some say Mary having seen so much death and felt so much sorrow suffered not from narcissism, but post traumatic stress disorder. Some of the symptoms include:

For years Robert was seen as an unfeeling son by many until the safe was opened at Hildene and the true anguish of a son was revealed. Without daytime television or confessional blogging Robert and his wife quietly withstood the whispered remarks about throwing his mother away (she was released 4 months into her stay at BELLVIEW PLACE–where the rich went to regain their minds). The files revealed a different side of Robert. A young man only ten years after his father’s assassination watching his mother become more erratic, more impulsive, more dangerous to herself and others.

As I live with a child suffering from PTSD I’m horrified at the random impulsiveness, the drinking of detergent, the many, many triggers that contribute to the brain’s unraveling. Robert’s young family must have watched on too with growing fear and concern. Even if Mary was only a narcissist Robert had a mess on his hands and  knew it. He cared deeply for his mother. He cared deeply for his wife and children. He set Mary up in the best possible health program he could find, but it wasn’t enough. 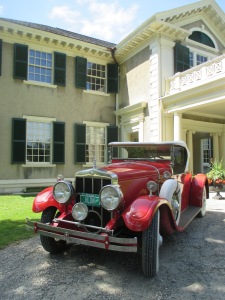 Mary never forgave her son. Robert never set out on a public relations campaign to retrieve his reputation. Only years after his death the grief this private man felt was revealed. Behind the big cars and palatial estates was a man with ghosts in his closet.