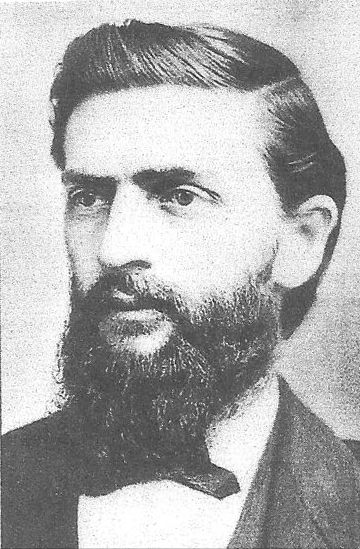 Our jaded historical minds race over the word abolitionist.

George Leonard White could have stayed at his consumptive father’s blacksmith shop in New York State but left for Ohio to become a school teacher. Nothing particularly heroic in that.

Yes, yes. George was against slavery. Ho hum. Aren’t we all equally against slavery these days? Human trafficking as a phrase hardly captures the same depth of feeling we let rise up in us when the word slavery is mentioned but it’s the very same thing.

Part of training to become a foster parent is to recognize when children (in New York, in America!!) have been victims of sex slavery. Yes, we all say, of course we’re adamantly opposed to sex slavery.So much so that we’d rather not address the subject at all.I suppose most people living in the 1860’s sort of felt the same way.

George Leonard White saw a need. At 6′ 5″ with dark hair and intense eyes George kept an orderly classroom. He noted that black children needed schooling too, so deep in the woods he taught them as well.

The Bible and music were George’s two loves. He taught himself the fiddle and sang. I wonder did he ever share this love with the children he taught. I hope so. But let’s stay a moment with George and his pupils in the school room. Nobody held a carrot on a stick, there was no Teach for America  back then. No one held George’s hand when he decided to enrich the minds of black children. This was one person acting alone in a dark wood.

The war came and George, Bible in knapsack, eagerly joined Ohio in the fight. George was certain of his reason for fighting: to help end slavery. He didn’t put himself in harm’s way because his buddies were doing the same. He had a heroic sense of conviction and a sense that his one life mattered–though he did not need a professor or coach to convince him of it. Every word of his worn Bible told him so.

When a person slogs through cold mud on stale crackers,  maggot-infested meat and coffee for three years; faces bullets and sickness and human depravity for just as long; marches up mountains and falls apart by the roadside unable to move for hours and almost no longer caring we say this is war. People tell war stories that fit neatly into boxes. Join up, go fight, come home.

A friend spots George, his 6’5″ frame wasted to a skeletal 140lbs lying in the mud. The friend helps him into a wagon. George goes home.

Heroism becomes habit. Maybe that’s all it is–a very noble habit. A way of thinking about oneself. Can one’s life be a mission without the idea of God? For, really, what’s the point of a mission that dies with you? Knowing someone may read about you in a history book seems like a sad reward for bothering. Humanitarianism, social uplift, basic manners make no real sense without mission.

I’m already in love with George’s heart and I hardly know a thing about him yet. George never fully recovers his health after the war, but he refuses to shirk his mission. Soon we will find out how he leads a group of black singers to stardom and leads white America to a new understanding of black humanity. No degrees, no permission needed or asked for, just a heart for mission.

The practical weakness of the vast mass of modern pity for the poor and the oppressed is precisely that it is merely pity; the pity is pitiful but not respectful. Men feel that the cruelty to the poor is a kind of cruelty to animals. They never feel that it is injustice to equals; nay, it is treachery to comrades.
–G. K. Chesterton.

9 thoughts on “What Makes a Hero?”