“I’ll keep having babies until they stop taking them away.”

Yes, that’s what a mentally challenged young woman told the social services workers outside family court. She’d lost five or six children to the system already. A talk on birth control would have made little difference.

I heard about this case from our foster daughter’s lawyer after I asked her if M could possibly get some baby pictures of herself that her mother “Tracy” used to have. The lawyer shook her head in sad disgust.

“I doubt Tracy would have kept the pictures. She’s never in one place for long, but when I see her at court next I’ll ask.”

“Yes, she’s had two more kids in the last two years—both of them are already in the system,” the lawyer replied from behind the heaps of documents on her desk.

No one’s told M that not only does she have two sisters (adopted locally) and a stepbrother living with M’s scary father but also two new baby siblings—in the court system.

So I ask, “Is Tracy mentally deficient like the other woman you just told me about?”

The lawyer thinks a moment. “No, she’s just evil.”

I’m sort of shocked by her honest appraisal and inclusion of a moral take on the woman. Knowing M’s history I’d have to say the stuff that was done to her was evil.

What would phrenologists of the 19th century say? Phrenology is the detailed study of the shape and size of the cranium as a supposed indication of character and mental abilities. 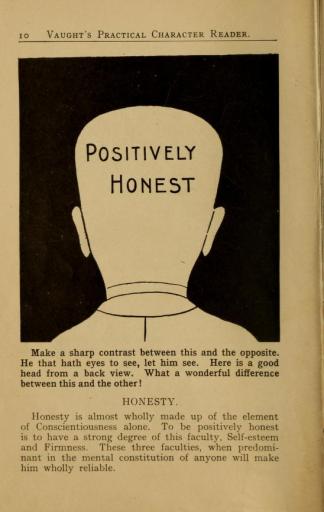 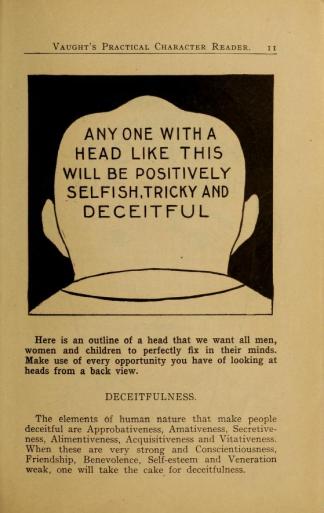 Walt Whitman wrote in his 1870 sexual-eugenic essay Democratic Vistas that America’s youth lacked sexually. They were “puny, impudent, foppish, prematurely ripe, and characterized by an abnormal libidinousness and a diminished capacity for good motherhood.”

As a gardener and foster parent of a girl with “delays”  I’m troubled by the analogy. How are we to be rid of the weeds that grow among the fine youth?

To be pro-life is a radical idea in the history of the world where weeds, misfits and mistakes are gotten rid of. Slavery, body parts for sale, war and thousands of cast off orphans are the consequences of the human proclivity to get rid of weak and uncomfortable things.

How often do we hear now from “civilized” and “compassionate” people that this or that leader should be assassinated?

We hear of new procedures that may one day eradicate unacceptable or messy human misfits—a pipe dream at best but chilling when taking into account the many ways we find fault with each other.

George Combe, the Scottish phrenologist in his The Application of Phrenology to the Present and Prospective Conditions of the United States (1840) had this to say: The enlightened classes “raise the mental condition of the people . . . which will enable them to understand the moral and political principles on which the welfare of nations is founded.”

Combe predicted “an uncontrolled development of the faculties of Acquisitiveness (greed), Self-Esteem (excessive self-confidence), and Love of Approbation (vanity), in which could destroy the Union.” If something wasn’t done. *

We mustn’t judge the Victorians too harshly when we find that many embraced the idea of social and moral uplift through education and selective breeding. If we are honest we will see ourselves in the historical mirror.

Studying bumps on someone’s head may seem silly to us. Frat parties and pussy hats would probably have seemed “funny” to them. We judge our Victorian ancestors harshly for bringing “civilization” to “less civilized” people (but if we’re being honest not many of us want to live the Rousseau dream in a buggy forest with no air-conditioning (see the movie The Mission).

How much moral uplift has come from the public school system (or the Ivy League colleges—many of which were founded as Christian seminaries?).

How many less unwanted children have come into the world because of legal abortion?

Yes, I had to make the terrible choice to terminate a pregnancy (after seeing the baby’s perfect body on an ultrasound). My very flawed and very human doctor dismissed my concerns about a blood clot in my leg for weeks. A vascular surgeon saved my life at the very last minute, but the doctors refused me treatment until the baby was gone.

I hadn’t really wanted another child, but until this very day I suffer from a profound sense of loss. Funny how the heart works.

The 19th century perfectionist idea that we can, through science and education, bring heaven to earth was an illusion. It still is.

It’s easier to be rid of things, to divide the skull into seemingly rational sections that tell us our fate, to abort babies who have low IQs or the “gay gene.”

We must be careful in labeling someone we disagree with a fool or someone to be gotten rid of. We so rarely see the evil in ourselves and gladly kill the other for reminding us of our own weakness.

In THE DEW THAT GOES EARLY AWAY Buck Crenshaw stumbles into a selective breeding program with mixed results.

Adrienne Morris is author of the epic novel The House on Tenafly Road (Historical Novel Society Editor’s Choice). “I love classic literary and historical fiction like Margaret Mitchell’s Gone with the Wind, Laila Ibrahim's Yellow Crocus and Sara Gruen’s Water for Elephants and aim to give readers sweeping historical tales filled with characters to love, hate and sympathize with.” Adrienne lives on a small family farm with her mini horse and sheep. View all posts by Adrienne Morris

6 thoughts on “Can Education Change The World? (or is it all in our heads?)”

Adrienne Morris is author of the epic novel The House on Tenafly Road (Historical Novel Society Editor’s Choice). “I love classic literary and historical fiction like Margaret Mitchell’s Gone with the Wind, Laila Ibrahim's Yellow Crocus and Sara Gruen’s Water for Elephants and aim to give readers sweeping historical tales filled with characters to love, hate and sympathize with.” Adrienne lives on a small family farm with her mini horse and sheep.

After Lieutenant Fred Crenshaw’s young wife dies in childbirth, secrets are exposed. At the funeral, the Crenshaw and Weldon families confront mortality but also find hope in young love and news of a child brought back into the Crenshaw fold.
I called to an owl one night recently. He called back from deep in the woods so I called again and so did he only closer now. I wondered why he would answer my very human sounding imitation of his language. And then in the darkness he flew just over my shoulder and perched outside of my door. For some reason I screamed and he flew away!
I met my cousin for the first time two years ago. He’s an older gentleman (88). When I sent him and his wife a card he wrote me a letter and we’ve been happy pen pals ever since.
We had no plans to get another BIG dog but this little angel decided to move in. What could we say to a face like that?
November 🧡