William hitched a ride to Willcox on the back of a supply wagon, singing all the way:

“It was once in the saddle I used to go dashing;

It was once in the saddle I used to go gay.

First to the dram house and then to the card house,

Got shot in the breast and I’m dying today.”

Why had he always fought so hard against dancing? Plain Miss Peckham enlivened a part of William he thought he’d lost. He jumped from the wagon just beyond the outskirts of the sleepy desert town and walked the rest of the way to the hotel and Ginny. William whistled past The Buckskin, not needing a drink to celebrate, and the usual loungers saw that a change had come over him.

A mule brayed in the rode as William walked up the stairs to the brothel and knocked at Ginny’s door.

“Morning, Gin—how’s things?” he asked, giving her a quick kiss on the cheek as he glanced around for Miss Peckham’s belongings. “I’ve come to fetch Miss Peckham’s luggage. What’s wrong?” he asked when Ginny turned away.

“Nothing, Billy. How was yer night? You look refreshed.”

“It was nothing like that, Ginny. Miss Peckham isn’t that way. . .” he replied suddenly uncomfortable. “Ginny, what happened to your arm?”

Ginny pulled her shawl over a makeshift sling. “I fell down the stairs last night.”

William laughed. “Oh, poor Ginny. You should be more careful. Does it hurt much? Would you like me to get you a strong drink?”

“No, I ain’t got any use for strong drinks—you know that,” Ginny answered with an uncharacteristic edge in her voice.

“Yes, you’re right. I should know better. Anyway, I need Miss Peckham’s things. Ginny, it’s been fun and all to spend some time, but . . . I don’t think I’ll be coming here much anymore. I mean, you can still count on me as sort of a friend.”

“Thanks, Bill,” Ginny replied. “But, you ain’t the type to count on—I hoped you might be.”

“When have I ever done you wrong?” William asked, avoiding the hurt on Ginny’s face. He scanned the room for something expensive looking that might be Miss Peckham’s.

“Bill, that Miss Peckham is no good.”

“You think cause I ain’t educated that I’m stupid?” she asked.

William scratched his head. “No, I didn’t say—“

“Bill Weldon, you’re impressed with smarts cause you ain’t got none like you used to.” Ginny threw Miss Peckham’s carpetbag at William’s feet. “Look how this woman already has you picking up her scraps like a dog. I never would go and do that to you, Bill. I thought you’d see by now, it’s us that’s meant for each other. I like you as you come. I take care of you, and I thought you might take me as a wife.”

William wanted a drink and knew where Ginny kept it for customers. He took a long slug from one of the bottles and remembered a talk his father had had with him before coming out west. “Now you’ll be all on your own, and the fellows you’ll meet will tell you it’s all right, but if you take a woman . . . s-s-sleep with her . . . it’ll be awful hard to get rid of her. A part of her will linger . . . and bring you down.”

William took another long draw from the bottle.

“Give me the bottle, Bill, and talk to me. No one will understand you like me. I don’t mind if you drink and carry on; I ain’t concerned if people say you’re as dumb as a plank o’ wood. You never hurt me even once when you was drunk. We could get some land. I could work it—I’ve got strength. And you could make those drawings—do the dirty ones and I bet the miners would buy them.”

William stood appalled at the image presented. “Ginny, I can’t hardly care for myself. I don’t want a farm or babies!”

“What about me? Don’t you care for me?” Ginny’s chin quivered, and she took the bottle from William.

“Oh, you never cared! You used me! You always did, but I—I hoped—I can’t help I ‘m so ugly, but Miss Peckham is hardly better, and she’ll make a fool of you one time soon.”

“For the first time in a long time I feel good and hopeful, and you try to destroy that!” William said. “I don’t always remember things, but I’m not so stupid. Miss Peckham, who is a learned girl, recognizes that about me. You’re like a heavy stone on my chest keeping me down! It’s not my fault you’ve chosen to be a whore. I don’t know how you ever thought I’d marry—or have children with you! You’re crazy! Now, I need Miss Peckham’s things.”

“Fine! Here’s what’s left of them. And one thing, Bill Weldon. If you plan on marryin’ I may as well let you in on something. Now, I never said nothin’ cause I was a true friend and never wanted to make you feel down, but you ain’t no good at things. I mean to say, you’re fairly well repulsive in the act. Maybe it’s your crooked leg or the god-awful faces you make . . . anyway, experience ain’t improved you neither.”

“Shut the hell up!” William shouted. Ginny had gotten him good. His leg was hideous to look at, that much he knew. With Miss Peckham, sex was not the first thing on his mind, but it was an idea that lurked second or third. Maybe she just needed a dance partner and a man to get her things. William picked up the carpetbag, glanced inside and turned toward the door.

Ginny took a sip of the bottle and poured the rest into the bag as William fumbled with the door. She grabbed Miss Peckham’s leather journal from on top of her clothes press and shoved it into the wet corner of the large bag. “Oh, Bill, here—her book.”

William nodded a thank-you and closed the door behind him. 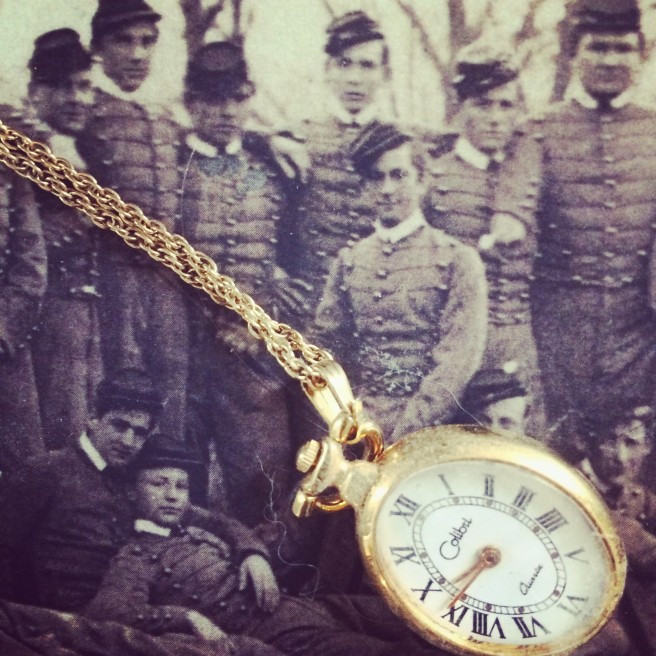 5 thoughts on “Fiction: Whores Have Dreams Too”

Whoever has learned how to listen to trees no longer wants to be a tree. He wants to be nothing except what he is. That is home. That is happiness. Herman Hesse
1:5 And this is the declaration which we have heard from him, and declare unto you: That God is light, and in him there is no darkness.
Where’s my grub?
I wake up to this every morning. ❤️
Despite all the bluster the little roos get along amazingly well.