“Then I’ll be eternally damned, right?” William asked with a sneer.

“But Buck, who admits to almost killing someone, is saved. Well, that’s some trick.”

Kenyon thought a moment. “It’s interesting that you feel within your rights to judge and require certain behaviors—say from your father—but it annoys you that God, who is all knowing, should require things of you.”

“Well, God’s just imagination and I won’t give over my whole life to a set of dumb rules with no pay-off. I thought God was all right years ago. I even considered the priesthood. I was a dumb kid. I thought if only my parents would stay together I’d do anything.”

“And they stayed together?”

“Yes, but it was a hell for me. I used to have smarts, I wasn’t a cripple—this is all my father’s doing and I hate him for it. When he came back to us he fawned over us or sat staring out the window like a moron. And my mother put up with it! And they let Buck and Fred make a fool of me. I was finally away from all that, but now they’re here again to make me look stupid, and Buck tells you about me?”

“Yes, he said some very kind things about you and your father …”

“I want peace and to be left alone,” William said.

“Now you lie. Your idea of peace is a drunken stupor, and take my word—each drunken episode will get worse and worse till you end up—”

“I’m not you, Mr. Kenyon. I have no intention of opening an evil den of iniquity.”

“I bet you had no intention of almost causing an Indian outbreak, getting Buck and Fahy shot, or nearly dying yourself because of drink.”

William said nothing for a minute. “That wasn’t all my fault.”

“But look what happens when you drink. Don’t you want anything better for yourself?”

“No. I can’t imagine anything.”

“When was the last time your father used morphine?”

“What? Why?” William straightened up.

“I suppose it’s natural to want to be like your father,” Kenyon said.

“That’s the last thing I wanted! I wanted to be so different, and I am different. He pretends to be so good now.”

“Maybe people aren’t pretending or faking you. Maybe they make mistakes—like you do.”

“You can’t compare me to them! I leave people alone,” William said and scratched his nose. “My father stopped doing it for a long time—as far as I know—but Thankful had to go and tell them how I was and out he came to see me, and he did the morphine again and someone saw him—not being himself. He’s not good without my mother. She makes everything perfect for him so there’s no upsets, but he doesn’t deserve it. Anyway, I treated him like shit so he did it again.”

“But how is any of this your fault?” Kenyon asked, handing William a cigarette of his own—though no one ever saw him smoke.

William lit up. “You know, God came to me in a dream once. Promised me if I was good, my parents would be all right. For all I know my father is hiding needles again and my mother is denying it … but there’s Lucy to worry about and Grandma, who’s so different without my grandfather and Uncle Simon … and maybe it’s wrong for me to drink—hell, I know it is. At least my father came by his problem acting bravely on the battlefield. I got this because I was weak and afraid on my own. So I drank once, and this is what God does—he punishes me with it forever. So fine, I should have been good, but now I’m pretty sure I can’t stop it. I did want to—for you, Mr. Kenyon—but it’s all I have. It’s the only thing, so that’s it.” 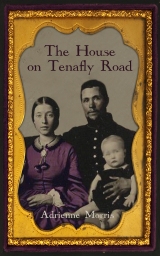 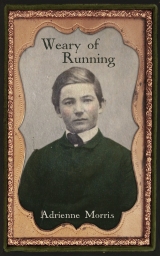 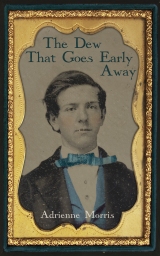 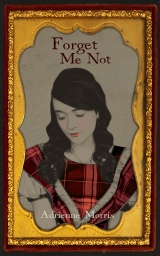 One thought on “Fiction: The Only Thing Left”