“Do you really believe that you had any control over your parents?”

“Yes, they depended on me! I went wild when they needed me to be calm. I poisoned a teacher and Mother lost a replacement for Eliza, and then my father took me and I tried to please him but still he did the morphine.”

“Yes, but now, now it’s so much worse because I know it’s true,” William said, his fingers trembling a little as he flicked the ashes from his cigarette.

“No! I know my father loved the morphine more than me.”

“Mr. Kenyon, I’m not silly or a kid. I love to drink. I do love it more than my family. I love it more than anything, and now that I know how it feels—I feel more … sad or angry or something … about my father—and mother. She’ll always come second.”

“But … your father chose you and your mother, didn’t he?”

William put out his cigarette against the adobe wall. “I never trusted it would last. And it hasn’t.”

“So you waited all of these years to see what your father would do?”

“Yes, we all did. If my papa went anywhere on his own, we worried. Would he fall or stop at the druggist’s or leave for good.”

“Well, that’s a very sad story. It must have been hard for your father knowing you had no faith in him.”

“Yes, poor Papa. We all felt so sorry when he was the bastard to let us down.”

“You’ve let me down once or twice. How should I feel?” Kenyon asked.

“Yes, I suppose I could give up on you because you’re problematic, but I won’t. I’ll leave that decision up to you.”

“I thought I only had this one chance.”

Kenyon laughed. “Did I say that? I told you what my expectations were, but to be honest, I never imagined you’d be perfect. I recall promising not to desert you.”

“What do the others say?”

“They think I’m crazy, but I want your drawings,” Kenyon replied. “So what will you decide, Mr. Weldon?”

“I’d better not stay. After what happened the other night, I can’t make any promises. I don’t want to, and right now I’d love a drink,” William said.

“Very well. It’s your life—what’s left of it,” Kenyon said. He stood and patted William on the shoulder with a weak, disappointed smile and left.

William sighed in momentary relief. No more demands. No more cigarettes. Damn. He’d put himself at loose ends again with little money. Even the art supplies were not his own. Papa had been so proud of the cheap little set of paints he’d given him. Kenyon and his men would have laughed at such junk. But … his father had tried his best.

No! He would not pity his father. Yet William’s heart ached listening to Thankful talk to Buck out under the porch. He missed his mother—the way she laughed at ruined meals and the way she took off his boots and rubbed his sore leg as if it were some kind of honor. He shouldn’t have spoken ill of her to Kenyon.

William sighed staring up at the ceiling as a spider mended its web. He had to get out of here! 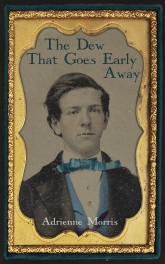 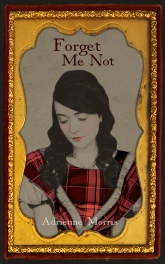