“Be on alert now, boys,” cautioned the teamster. “This is where the bandits cut my friend down not two weeks ago.”

“Be on alert,” Buck remembered. “Be on alert, stand firm in the faith, act like a man, be strong.”  He took a deep breath. He must try to have faith. The huge, dark sky terrified him. If there was no God then what did he have? He couldn’t go back to his old life. Maybe everything was just luck and happenstance or maybe it wasn’t. Maybe everything came down to behavior, or it didn’t.

Buck’s life felt different since accepting Jesus—but how could he be sure it wasn’t just wishful thinking? Maybe the stories were fake. Maybe there were no real men named Paul, John, or Peter … but Paul—how could he write so passionately, so compellingly about a fake savior? And all of those centuries after, filled with lives changed and artwork created and, yes, the very hope and peace that came to Buck, a nobody, traveling in the gloomy Arizona desert. Without God, he’d fall into despair. All else seemed shallow and worthless compared to the promises he was just now reading about and beginning to understand. Forgetting himself, he whispered, “I am so thankful, God, that you made them all write it down.”

“What are you saying, Buck?” Fred asked.

“Do you believe in God at all?”

“What? Well, sure, I guess. Whatever you say,” Fred said, the whites of his eyes narrowing as if to prevent an annoying light from entering.

“The things we did together in the past … we’re forgiven.”

“Great. Now what’s the name of the infamous watering hole in town?”

“The Buckskin. We should go back and spend time with the family,” Buck suggested.

“Are you joking? I rode all the way out here with them fools. I need a damned break and a good lay.”

“My God, it’s like you’re an old lady. Listen, I do want to hear about your God thing. I admit I don’t understand it. I don’t mean to be aggressive with you, but it’s been a long journey and the last few months of school were very hard on me, having to get everyone sorted out so you could have a chance at success in life. One night out will make all the difference. I need to make some changes too, and maybe, just maybe you’re the one to help.” Fred took a sip of whiskey. “It just occurred to me that this whole conversion thing … well it could be that God is working through you to get to me!”

“I don’t think so.” Buck grit his teeth. What if the one and only purpose for Buck’s conversion was to influence Fred? God was his sanctuary. Buck worried that Fred, if converted, would be a better Christian than he was.

“Oh, hell, you do too much of that. Let life play out a little on its own. You’d be surprised at how much fun it can be.”

The teamster laughed. “Yer brother’s right there. Life only gets worse as you get old like me. I got three marriages to awful jezebels behind me—very unaccepting women, schemers in their thinkin’—so I came west and I had me some very nice times.”

Buck glanced at Fred with a smug smile. 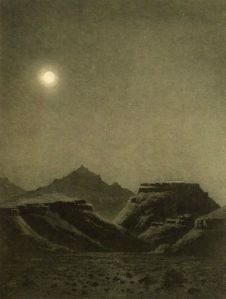 “Yep, I wouldn’t be surprised if I was dead tomorra. I piss blood. Have done for a while now. Old age ain’t no picnic, so live it up while you can.”

“How old are you?” Buck asked.

Buck took a deep breath. “Have you accepted Jesus into your heart?”

The man chuckled. “‘Course. Many times, but it ain’t done nothin’ fer me. I’m fine on my own.”

Buck cleared his throat. “Well, you need to make peace if you’re going to die.”

“It’s just that God will forgive your adulterous ways if you believe!” Buck said.

Buck shoved him back, explaining, “But in Ezekiel it says if I don’t speak out to the wicked they’ll die for their sin, and I’ll be held accountable for their blood.”

“I don’t have to take this no more. Get out of my wagon! The both of you!” the teamster cursed them.

“No, get out with your ugly friend,” the teamster ranted. “You promised me no trouble!”

“Jesus isn’t trouble at all,” Buck said, but Fred dragged him from the wagon.

The teamster dashed off toward town, leaving the two in the dark.

“What? You’re crazy!” Fred went to slap Buck’s face, but Buck blocked him and took hold of his arm.

“I will never allow you to touch me again,” Buck said.

“Oh, what will you do about it?” Fred asked pulling his arm from Buck with a confident sneer.

“I’ll stop being your brother. I don’t need you anymore. I don’t need you!” Buck followed the moonlit trail to town. It was too late to turn back. A friend at the stables might let Buck sleep there.

Fred trotted beside him. “Come on, don’t be so hard. Of course we’ll always be brothers. And I guess you did us a favor. The teamster didn’t take his fare so there’s more money for us.”