Whores, Thieves and Militants of the Civil War

I may have mentioned before that I love men in uniform (I think because my father was in the army and then became a police officer but who cares? Men just look great in tailored outfits). So when my best friend’s husband suggested I come with him to the 140th Re-enactment of Antietam for research for my novel, I jumped at the idea.

Someone lent me hoops, a corset and a fantastic day dress and I was hooked. All of the reading in the world could never replace the smell of campfire in my hair and the way it felt to flirt with soldiers while wearing truly feminine clothes. I learned a lot about Enfield rifles( too heavy for me to ever try to use) and about human nature. 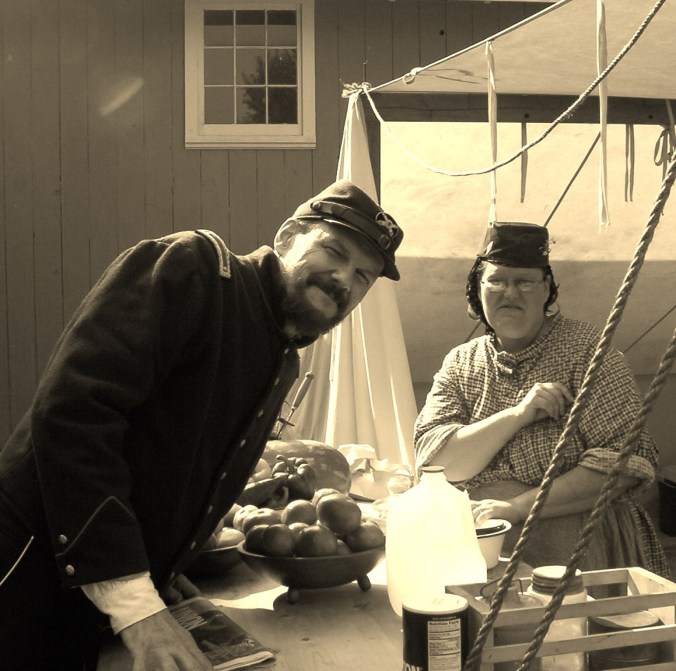 Pardon us while we slip this milk carton under the table. 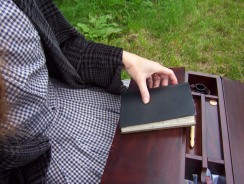 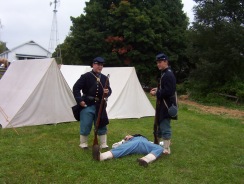 Admittedly my time at re-enacting doing “research” didn’t do much for my failing marriage but it was a lot of fun.

How about you? Any unusual hobbies or methods of research that led to meeting interesting people? Let me know in the comments!

DRESSING FOR THE WAR