“How good life is when one does something right and just!” The Brothers Karamazov, Fyodor Dostoevsky

I read somewhere that Dostoevsky originally intended for The Brothers Karamazov to be three times as long as it actually turned out to be. If it had been, I definitely would have followed his characters along. Despite being a huge book with questions worth pondering for a lifetime, I was left aching to know, when I finished, how each of the brothers fared after the decisive events following the murder of their dissipated and malicious father .

As a novelist I have to force myself to be alone to write. It’s not that I hate the idea of being alone. I love it. But … as artists we have to say no a lot. No to the people who love us and wish we’d call more. No to the husbands who wish we’d acknowledge them first thing in the morning instead of rushing past them to get in some writing before the kids and dogs wake.

If we are not making a handsome living at our artistic vocation it can appear to be a fool’s errand we are on. Isn’t it more saintly to serve others with our presence and maybe some fresh cooked pancakes? I used to hate the idea of serving God above all else — as if God was a selfish and egotistical slave master. I realized the reason I hated this was because I wanted people to elevate me in God’s place. It was not because I felt such loyalty to humanity that I wanted to serve them above God —  though that’s what I told myself.

Making art is a strange thing. It can feel  self-indulgent at times. It seems to serve only the artist, especially when the calling takes the artist into a private world for hours and days. Years go by and the artist may be preoccupied with the call, the words, the ideas, the images that God is pressing into his soul.

But making art and saying yes to the call is like entering a sort of priesthood of beauty and truth.  All vocations are like this.

“The particular vocation of individual artists decides the arena in which they serve and points as well to the tasks they must assume, the hard work they must endure and the responsibility they must accept. Artists who are conscious of all this know too that they must labor without allowing themselves to be driven by the search for empty glory or the craving for cheap popularity, and still less by the calculation of some possible profit for themselves. There is therefore an ethic, even a ‘spirituality’ of artistic service, which contributes in its way to the life and renewal of a people. It is precisely this to which Cyprian Norwid seems to allude in declaring that ‘beauty is to enthuse us for work, and work is to raise us up.’” Letter to Artists, Pope John Paul II

Alyosha Karamazov takes his calling literally and seriously. It is not enough for him to “give two roubles instead of ‘all,’ and only go to mass instead of ‘following Him.’”

In Alyosha, Dostoevsky gives us the beautiful and ideal. He tells us that Alyosha is for him the hero of the story. He is the fulfillment of everything good that his mentor Father Zossima talks about and all of the other more troubled characters are drawn to him.

I wonder if the artist’s most important job is to document beauty, not only the easy beauty of a sunrise, but also the beauty that so often arises after great suffering. Alyosha is the sunrise and sunset. His brothers are all of those in-between moments of recklessness and inner spiritual turmoil we experience in life.

Some people simply accept the gentle nudges of the Savior, some resist all the way to the end, but those in-between people are the ones it’s so interesting to read and write about. Dimitri Karamazov lets his sensuous desires run amok in search of love and happiness, while Ivan, the intellectual middle brother avoids intimacy and despairs at the suffering of innocent children under a “just” God. Both men suffer, but their suffering offers enlightenment and beauty if they will accept it (as Alyosha does). Smerdyakov, the illegitimate half-brother, refuses God’s grace evidenced by his suicide.

There are some people who say being a Christian is as simple as doing what Jesus says. The What Would Jesus Do? crowd. As artists we are given the task of peeling the onion, of suffering dark nights and loneliness of the soul. Sure, we are also given sunrises and sunsets and these need to be captured enthusiastically as salves for humanity’s suffering. Jesus is all-knowing, all-loving goodness, truth and beauty — we mortals struggle. 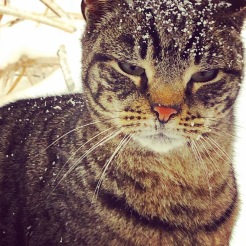 I like to think that most people love children and puppies and sunsets. But some people go afar off track following an idea — a lesser idea that puts God in the passenger seat (or the trunk). I understand the impulse. Human theories are applauded and celebrated for being progressive paths to happiness and enlightenment, yet they so often fall flat — many lead to great evil — like communism. I struggle to think of a single human achievement that has not come with an entire host of unintended consequences.

True artists are not selfish for locking themselves away for hours (there is a time and place for family gatherings and playing with puppies of course) but we need art like we need God to help us remember our mission as humans to seek out truth, beauty and goodness in the midst of suffering.

This week on the farm there has been a lot of miraculous, “simple” beauty. I hope your week had its share of beauty too. Let me know if you are a “selfish” artist in the comments! 🙂 How do you manage your time? 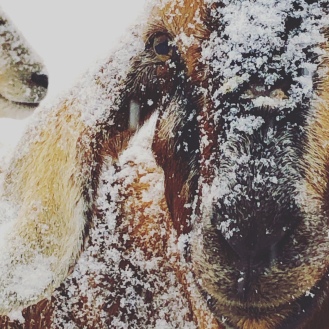 AN ARTISTIC REFLECTION ON JOHN PAUL II’s LETTER TO ARTISTS

8 responses to “Are Artists Selfish?”