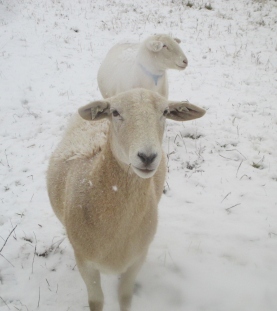 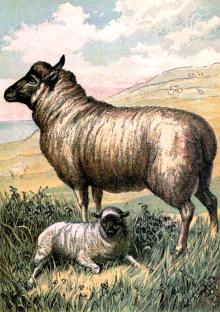 My daughter tells me a hook up is expected after three dates. A few years ago my son told me it was after three weeks and before that I’d heard three months.

Free love is more like free mating isn’t it? Like something that happens with my sheep. It’s mindless. It’s instinct (though sometimes I’ve seen my goat bucks treat their does with more tenderness than people do their hook ups).

In movies free love is the punchline of a joke or just something thrown in to titillate a constantly bored audience. Sex scenes are about as interesting to watch as watching rams mount their girls. I laugh when movies are advertised as “steamy.”

In the 19th century, experimental societies existed. Their aim: PERFECTION.

Perfection meant becoming so Christ-like, so filled with love, so above worldly desires that heaven would indeed break out on earth. We see this even now when people suggest that if only we all just loved each other and accepted each other mindlessly things would be so much better–or perfect.

But progress is a lie. We only invent new ways to fool ourselves.  19th century Perfectionist societies cherry-picked Biblical stories. John Humphrey Noyes of the Oneida Community on a stormy, dark night of the soul happened upon the notion that since Jesus said there would be no marriages in heaven then there should be no marriages on earth–only breeding. This breeding program would produce superior spiritual conformation in the community’s offspring. What could possibly go wrong?

When breeding animals, one often needs new blood for  herd health. Cults and social movements need enthusiastic and broken recruits. Enter Buck Crenshaw in THE DEW THAT GOES EARLY AWAY.

Thankful warns her brother not to be taken in by India Van Westervelt who is a true believer headed for Middlemay Acres to follow the charismatic and eccentric Richard Rhinedale, but Buck thinks India the image of perfection.